How to Check Chicken Eggs for Freshness We’ve all had it happen... that mystery nest of eggs, the full egg carton you forgot about, that random egg you found in the chicken coop enclosure. You may find yourself asking, is this egg safe to eat? How old are these eggs? And if you haven’t had one of those situations happen to you yet, you probably will in the future! Knowing how to check chicken eggs for freshness is helpful for determining if the eggs are safe to eat. There are several different freshness tests you can conduct on chicken eggs to determine how fresh they are. These tests can be both functional and fascinating! Here’s how to conduct a simple float test on an egg:

When an egg floats near the very top of the glass of water, you know that it is a pretty old egg! While a floating egg may not necessarily be bad, the quality of the egg has probably declined enough to make the egg undesirable for eating. How well an egg retains its quality depends on how the egg was stored and factors such as temperature and humidity. Another way to determine the estimated age of an egg is by candling the egg. Candling eggs involves using a bright light to illuminate the inside contents of the egg. Candling is usually done when incubating eggs to see how the embryo is developing. However, candling can also be helpful for aging an egg.

Here’s a basic way to candle an egg:

When candling an egg, you want the light to shine into the egg at the blunt end, but you don’t want the air cell to inhibit the light from illuminating the rest of the contents within the egg. Slightly rotating the egg will allow you a good view into the egg. Candling eggs that have light-colored shells are easier than eggs with dark-colored shells. When candling an egg, you will be able to see the egg air cell and the egg yolk. The egg yolk will look like a fuzzy, darker blob in the center of the egg.

To gauge the age of an egg by candling, you can look at the size of the air cell as well as examine the clarity of the yolk. If the egg’s yolk is easy to identify and has a somewhat distinct silhouette within the egg, then the egg is old. As an egg ages, the albumen (egg whites) thin out which makes the egg yolk easier to see when the egg is candled. You can also give the egg a gentle twist to make the contents swirl. An egg yolk that moves freely within the egg indicates that the egg is old since the albumen is thin enough to allow the yolk to move.

Also examine the egg’s air cell size. A fresh egg will have an air cell size that is no more than 1/8th of an inch. As an egg ages, the air cell will become larger as the contents within the egg evaporate. How fast an egg ages will depend on what humidity level and temperature the egg is stored at and the density of the eggshell. As long as an egg does not have a bad smell or is off-colored, it is still safe to eat. The bowl test relies on your observation skills to get an estimate of the age of an egg. You can visibly see changes in the egg yolk and egg albumen (egg whites) of an aging egg. The bowl test will require you to crack an egg open, so aging an egg this way assumes you are going to either use the egg or throw it away after you have examined the contents.

Fresh eggs will have an albumen that is somewhat cloudy, thick and tall, and will easily support a full, round egg yolk. Older eggs will have an albumen that is clear, thin and flat, and will weakly support an egg yolk that is flat and fragile. Eggs that are older will have more of a tendency for the yolk to break when you crack the egg because moisture from the albumen of the egg has moved to the yolk membrane. The extra moisture stretches out the membrane making it weaker and easier to break. However, even eggs with flat a yolk and thin albumen are still safe to eat.

When it comes to examining the inside contents of an egg, there are a lot of other interesting things you might find! Of course, normal fresh eggs will look like your ordinary egg with a bright yellow yolk surrounded by the albumen. However, sometimes you may come across some interesting additions.

Two such additions that may cause some alarm are blood spots or meat spots. Blood spots in an egg are from when the egg was forming inside the hen and some blood accidentally got enclosed as well. While blood spots are safe to consume, they may not look that appetizing! Meat spots are similar to blood spots, except they occur when a piece of shed reproductive lining accidentally gets enclosed in the egg during the process of forming the eggshell. Meat spots are also safe to eat, however they too may not look too appetizing. Neither blood spots nor meat spots indicate anything about an egg’s freshness.

While the sensory test may not be a reliable way for determining the exact freshness of an older egg, it can be helpful for quickly identifying a bad or rotten egg! Don’t eat eggs that smell bad, have stuff oozing from the shell, or are discolored when cracked open.

When in Doubt, Check it Out

These four tests should give you plenty of options for determining the freshness of chicken eggs! Whether you experiment with the float test, check out the inside contents of an egg through candling, break open the egg for examination, or simply rely on your senses, you should be able to get a rough estimate on how fresh an egg is through one of those four simple tests. 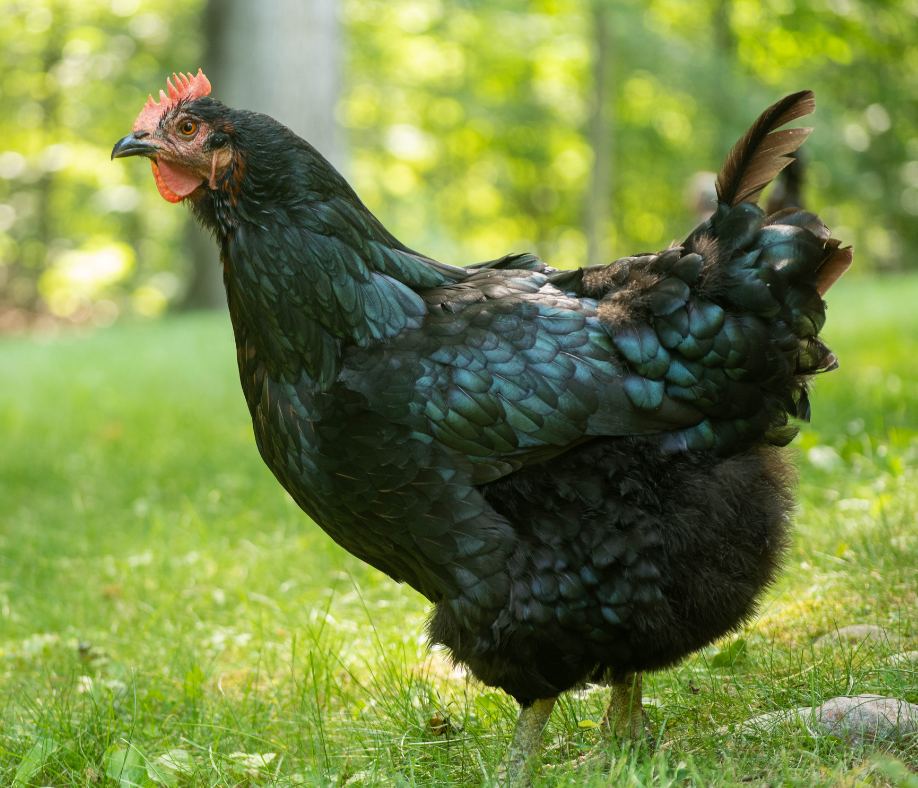 How to Raise Chickens: 7 Essential Components 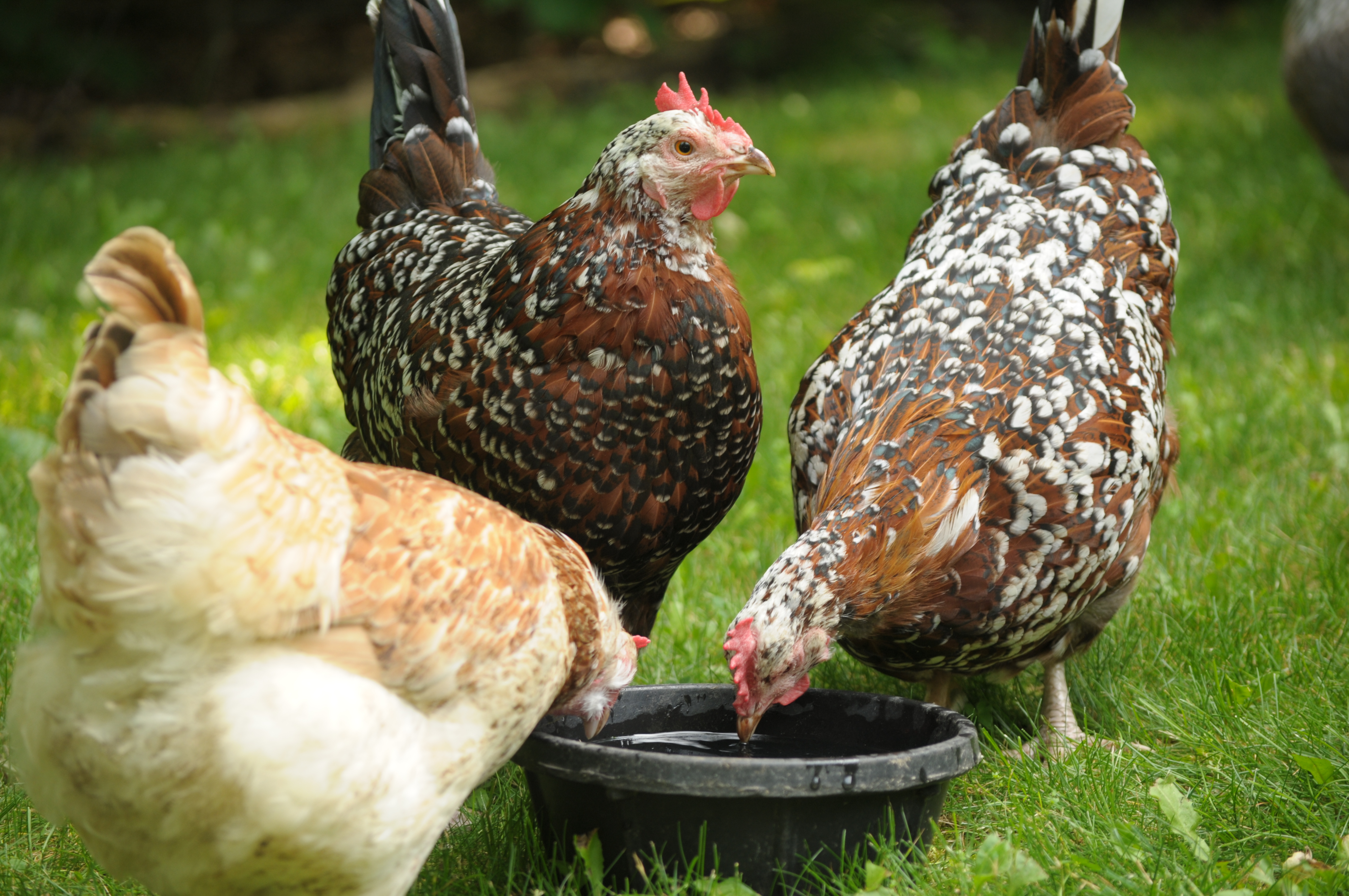