Why Insect-Based Dog Snacks Are Better for the Planet Our dogs deserve the best, and so does our planet. Insect-based dog snacks allow you to treat your dog to a healthy snack that is better for them and the planet. If you’re wondering what makes grubs better for our oceans, forests, and everything in-between, we’re happy to help. This article will shine a light on what makes grub protein the world’s most sustainable option for your best friend!

What Are Insect-Based Dog Snacks?

Insect-based dog snacks are similar to dog treats but with a healthy twist. Unlike traditional dog treats, which often contained little-to-no nutritional value and minimal real meat, insect-based dog snacks, like Vroomies provide dogs with healthy energy to fuel all the fun life has to offer. Plus, insect-based snacks for our canine companions are rich in amino acids and provide a reward for dogs that struggle to digest chicken, beef, and other common proteins. There is no doubt that dogs light up our lives, and make us healthier, overall. However, our four-legged friends do have an impact on the environment. Much of this problem lies in the resources it takes to raise and process the proteins and produce that go into dog foods and treats.

How much land does it take to feed our pets? The University of Edinburgh estimates that the area required to produce dog and cat food is twice the size of the United Kingdom. That’s 49 million hectares of agricultural land.

The emissions related to raising protein for pet food also take a toll on our Earth. In fact, cats and dogs account for 25% to 30% of the environmental impact of meat consumption, leading to 64 million tons of CO2 per year. To put that in perspective, if American pets were their own country, they’d rank fifth for the highest meat consumption worldwide.

Human-Grade Meat Can Be Harmful

Making matters worse is the increase in pet parents opting for human-grade meats. When dog parents opt for prime cuts of meat, pressure is added to the already strained global food system. This leads to more interruptions in the supply chain. Furthermore, human-grade meats increase waste in meat production since many animal parts that are nutritionally rich for pets are winding up in landfills since many people find these cuts unpalatable.

Fish is Wreaking Havoc on the Environment

While fish has a lower carbon footprint than beef, poultry, and other meats traditionally used in dog food and treats, fish-based pet feed has proven to be detrimental to the ecosystem. Sourcing fish for dog and cat food has added an additional burden to our already over-fished seas, leading to:

However, overfishing isn’t the only problem when it comes to fish protein in our dogs’ food and treats. Recent studies have even found shark meat and the DNA of endangered shark species in random samples of pet food.

Farm-raised fisheries have been plagued with a lack of oversight. This oversight has led to an increase in disease, chemical use (which winds up in the ocean), and escaped fish that wreak havoc on native marine ecosystems.

Grub Goodness: Good for Dogs & Good for the Planet Insect-based dog snacks, like Vroomies, are not only healthy for our dogs but also healthy for our planet! Not only does opting for grubs provide a greener alternative to traditional meat-based treats and snacks, but grubs can reduce waste that arises from the human food stream. Black soldier flies are unsung heroes for pet wellness and the future of our planet.

Grubs can be sustainably farm-grown instead of being harvested from the wild, which leaves natural habitats undisturbed.

Given their smaller size, grubs don’t need as much space to be grown compared to livestock animals like beef and poultry. Grubs are grown in stackable colonies. This means they can be grown ethically while using minimal space. This smaller footprint also comes with the added bonus of using less water, leaving more natural sources for water for the wildlife that needs it most.

Grubs Have the Potential to Offset Emissions

Farming grubs produces fewer greenhouse gas emissions than raising livestock, which is healthier for our atmosphere. Not only does growing grubs produce a fraction of carbon dioxide compared to beef, pork, and other traditional meats, but recent studies show that black soldier flies have the ability to trap CO2. How effective are black soldier flies at converting CO2?

In the studies mentioned above, from Research & Reviews: Journal of Ecology and

This offset in greenhouse gases will likely prove to be an invaluable environmental innovation in the coming years.

The fact that grubs can be easily grown in facilities all over the world, including North America, means that the grubs are minimally imported. This reduces the overall carbon footprint produced by growing and marketing grub protein.

More Efficient Use of Natural Resources

Black soldier fly grubs can be efficiently raised and harvested in a shorter time period than livestock, which saves time, money, and resources such as water. In fact, grubs can be considered a renewable resource with a rapid population renewal rate and grubs use up to 94% less water than raising beef!

Grubs can be grown to their ideal phase for harvest in a mere 15 days! This is significantly less than even chickens, who still need at least 8 weeks before reaching butchering weight. This short amount of time needed to grow the grubs means that fewer resources need to be used for growing each batch of grubs. Since grubs reproduce and grow so fast, they can be harvested dozens of times throughout the year.

Insects don’t need fertilizers, pesticides, growth hormones, or antibiotics in order to be raised. Those chemicals are all unhealthy for the planet, for us, and for our dogs.

Additionally, safety precautions ensure that harvested grubs are safe for our dogs to consume! The grubs sourced by Grubbly Farms are raised in facilities that meet the EU standards for growing grubs, and each batch of grubs is tested for pathogens or contaminants.

Black soldier fly grubs are grown on food that would normally go to waste. By food waste, we mean foods that are not suitable for selling at the grocery store but that are perfectly fine for consumption. Instead of ending up in a landfill, these foods can be fed to the grubs!

Grubs are fed a diet of post-consumer food waste. Every pound of grubs can recycle 10 pounds of food waste. Compare that to the grain-based diets that livestock animals must be fed, which require land and water to be grown and harvested before being turned into feed.

Since we started, Grubbly Farms’ grubs have recycled more than 13 million pounds of food waste.

Cows, chickens, and other livestock animals produce a lot of manure that must be managed. Grubs, on the other hand, are experts at converting their food into energy while producing minimal waste. And the waste they do produce, called “frass,” can be used in the garden to enrich soil and future plants.

Not only can grubs be grown sustainably, but they can also be ethically and humanely harvested. Invertebrates, like grubs, don’t feel pain the same way vertebrates like cows and chickens do. Once the grubs are mature enough to be harvested, they can be frozen or freeze-dried for a painless, ethical harvest. Once harvested, the grubs are then dried using various methods such as oven-drying, freeze-drying, or microwaving.

The environment in which grubs are grown is also both efficient without compromising their wellbeing. Unlike cattle and poultry, who are often crammed into large buildings that don’t provide the space and enrichment ideal for the most humane upbringing. In the end, growing grubs puts less strain on our planet’s resources, prevents waste from filling landfills, minimizes environmental contamination, and produces a small carbon footprint compared to raising traditional protein sources. This allows companies like ours, Grubbly Farms, to create delicious, wholesome, healthy snacks for your dog that you can feel good about, too. Not only will Vroomies make your dog’s day, but they’re packed full of protein and amino acids to help your dog participate in all of the fun our planet has to offer! Snacks for Dogs
A protein-rich snack to fuel fun & adventure 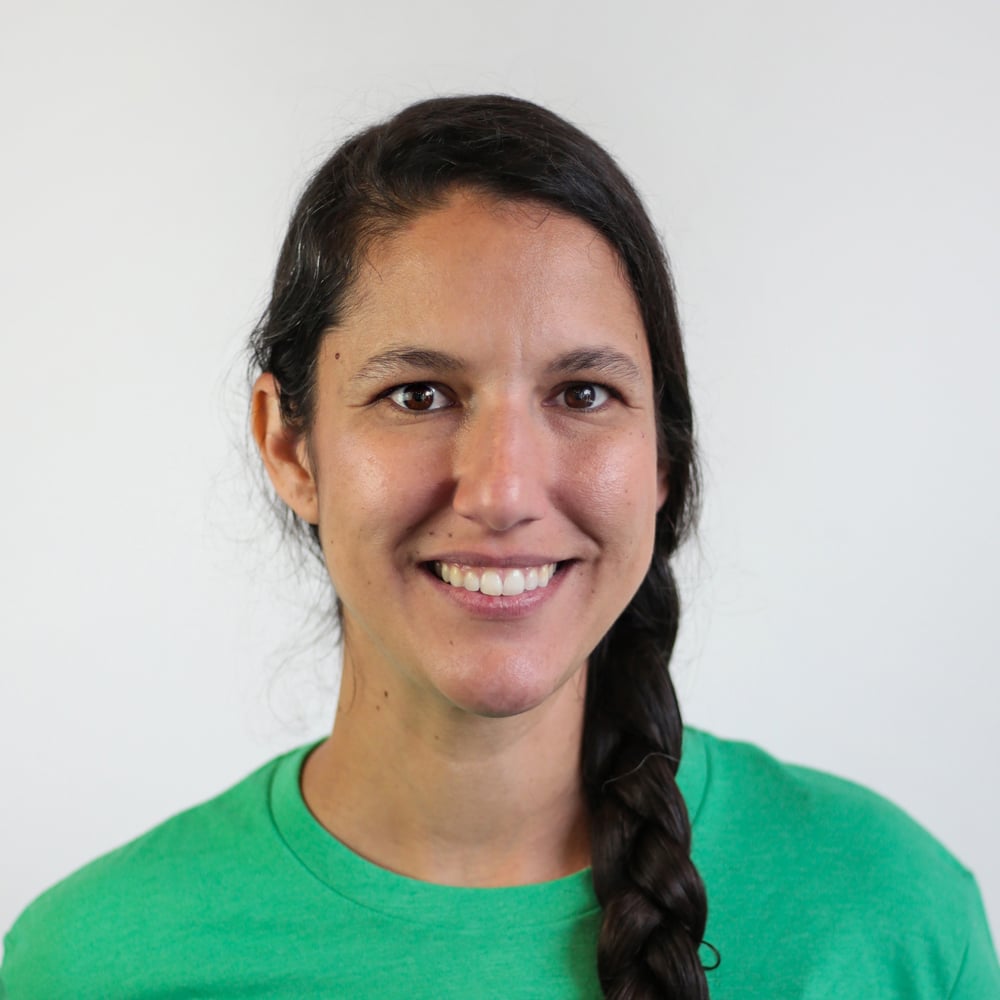 Amanda, author of The Complete Guide to Owning a Deaf Dog, is a lifelong animal lover that has dedicated her life to making pet ownership easier through her writing. She holds a certification in Chicken Behavior and Welfare through the University of Edinburgh. She is the proud pet parent of two dogs, a cat, and a small flock of chickens. Why Grubs? An Eco-Friendly Pet Superfood