Pros and Cons of Keeping Roosters Let’s face it--roosters have a bit of a public relations problem. Many chicken owners dread the possibility of one of their precious baby chicks growing up to be an aggressive rooster. However, not all roosters are cause for concern. Roosters can be fun, friendly, protective, and a great addition to any backyard flock! If you find yourself contemplating on getting one, knowing the full picture will help you make an informed decision. Here's a breakdown of the pros and cons of rooster ownership, and the results might surprise you!

What Are Rooster Good For? Pros of Keeping Roosters

Why add a handsome roo to your flock? They benefit your flock in many ways overall. In fact, there are plenty of positives when it comes to your flock's overall health and wellbeing.

One of the greatest benefits that a rooster can provide for the backyard flock is the role of predator protection and alarm system. A rooster instinctually plays two roles in the flock; that of protector and that of breeder (more on the latter in a bit).

Whether the flock stays penned up in their enclosure or are allowed to go out and free-range, a rooster will always be on watch for signs of danger. While the ladies go about their business of laying eggs and foraging, the rooster will engage in those activities too but with a heightened sense of awareness of his surroundings. He will often be the first one to sound the alarm if an aerial predator or ground predator is nearby.

Some roosters may even risk their lives to protect their flock! A rooster may intervene or intercept a predator who is attacking his flock.

The other main role that a rooster plays in the flock is that of breeder. Hens still lay eggs even when a rooster is not present. However, a rooster has to be present in order for the hens to lay fertile eggs that could be incubated. This can be a great benefit if you want to hatch your own chicks or let a broody hen raise a brood of babies.

A rooster will start fertilizing eggs as soon as he is 6 months old. Factors such as health, diet, and environmental conditions will affect the fertility of a rooster, but if a rooster is well cared for and stays healthy, he can prove a successful father for many years.

Just because your hens are laying fertile eggs doesn’t mean you have to stop eating the eggs! Fertile eggs are perfectly safe to eat. A fertile egg only starts to develop after it has been exposed to the right conditions for at least 24 hours. Incubation requires the right temperature and the right amount of humidity.

When you have a rooster with your flock, you have the freedom to collect eggs for incubating or you can even let a broody hen raiser her own brood of chicks! A rooster is outside of the hens’ pecking order. This allows him to act as flock mediator and peace maker. If the hens get in a squabble together, the rooster will often step in and stop the fight. Hens will usually respect the rooster of their flock. They know his role and enjoy having him around for protection. He can help prevent bullying amongst the hens, settle any fights quickly, and reduce stress within the flock.

Hens will actually enjoy having a polite, friendly rooster in their flock. If the rooster takes his roles seriously and respects his hens’ rights, he will be popular amongst the ladies and they will enjoy having him around. Adding a rooster to your flock mimics what nature intended and makes for a natural, sustainable flock!

Having a rooster with your flock can make flock training easier and quicker! Flock training is actually a very helpful skill to master.

You will need to coop train your flock to go into their coop to roost at night. You may also need to train your flock to come when called if you let them out to free-range. A rooster can help with both of these tasks. Since the hens view the rooster as their flock protector and want to be near him, they will often follow his example when it comes to certain behaviors.

A rooster will also want to keep all his hens together and keep them safe. If you teach the rooster that the coop is a safe place, he will happily round up all his hens and lead them to the coop for nightly roosting. He will also try to keep them all together while they are out free-ranging. When you train your flock to come when called, the rooster may help you round up all the hens and get them into safety or call them in for healthy snacks.

Roosters can also help make flock integrations easier and smoother. Since roosters naturally want to keep a peaceful flock, they can help the introduction of new flock members go smoother. The gradual introduction and process of integration is still necessary; however, it may not take as long for new chickens to be accepted by the flock when a rooster is present. This is especially true if you are integrating in new pullets or hens. Roosters love to add hens to their flock, so a flock rooster is usually very accepting of new female flock members. He will also keep squabbles between the old flock hens and the new members to a minimum. Having a rooster in your flock makes adding new flock members go a lot smoother and makes integration less stressful on both parties. We can’t discuss roosters without mentioning what a wonderful alarm clock they are! The characteristic crowing of roosters varies depending on breed and individuals, but it is always something to consider when adding any rooster to your flock!

Roosters crow for a variety of reasons including to establish territory, announce his presence, or to communicate frustration, happiness, or warnings. Roosters also don’t just crow in the morning. They will crow at any time of the day. So, if you love the sound of crowing, then that could be an added benefit of introducing a rooster to your backyard flock! Adding a rooster to your flock will add interest, diversity, and personality to your flock. Roosters can be striking individuals and often have exotic and beautiful color patterns.

They come in many shapes and sizes, and each rooster has his own personality. Some are laid back, others are more excitable. Some think they are hot stuff, others like to strut for the ladies, and still others think they are bigger than they really are (think bantam roosters). We will discuss rooster personality later on, but for now, know that some roosters really do love to give hugs, cuddle, and spend time with their chicken keepers.

Don’t underestimate the entertainment value of watching a rooster interact with his flock. The different behaviors that a flock protector and flock provider engage in can be fascinating to watch and see first-hand.

Disadvantages of Having a Rooster: Cons of Keeping Roosters While roosters offer a wide array of benefits, there are some drawbacks some flock owners find when it comes to maintaining peace and harmony in their flocks.

Rough on the Hens

One of the biggest draw backs to keeping a rooster with your flock is the fact that he can be rough on the hens.

The mating process for chickens involves the male mounting the female and standing on her back. To do this, he must grab the hen’s head feathers to balance himself on her back. He then moves his legs back and forth in a movement called treading. The treading and head feather grabbing can result in feather loss for the hen. A rooster who engages in mating frequently can cause bare patches of skin on a hen’s back and head. This is especially noticeable if the rooster chooses a favorite hen to mate with. The chosen hen will be subject to his loving endeavors more frequently and thus may suffer from feather loss.

Some roosters are more ‘gentleman’ like and won’t be too rough on the hens, however it mostly depends on the rooster’s personality. Hen saddles can help prevent feather loss on a hen’s back by protecting that area from the rooster’s claws and spurs. You can also give the hens a break from the rooster by putting him in rooster jail for a few hours out of each day, or a few days out of the week.

Roosters will fight for dominance or control of the flock. You can help preventing fighting amongst roosters by ensuring there are plenty of hens for each rooster, plenty of space for each rooster to claim some territory, or free-ranging your flock so that the roosters can easily avoid each other.

Roosters that have been raised together from a young age will also be more likely to co-exist together as adults. Ideally you should have at least 10 hens for each rooster in your flock.

Having a proper hen to rooster ratio in your flock will prevent rooster fights and keep the hens from becoming stressed out by too much rooster attention.

Roosters will not only crow early in the morning, but they also crow all throughout the day. Eventually you will get used to hearing your rooster announce his present throughout the day. However, if a rooster’s crowing causes neighborhood unrest, then you may not be able to add a rooster to your flock. If you have neighbors within earshot that might get their feathers ruffled by some extra noise, always check with them before getting a rooster. There's always the chance you could get a rooster with a personality that is too protective or aggressive. Keep in mind that aggressive roosters are only acting that way because they perceive you are someone else as a threat to their flock. It is a natural, instinctive behavior, not a feeling of anger towards the person the rooster is being aggressive towards.

However, protective roosters that present a danger to you or your family members may not be able to stay in your flock. When choosing a rooster to keep with your flock, evaluate his personality to see if he will be a good fit for your family and flock. Some breeds are prone to being more protective than others. In general, breeds that are known to be friendly and docile will also have friendly and docile roosters. Keep in mind there are some exceptions though! 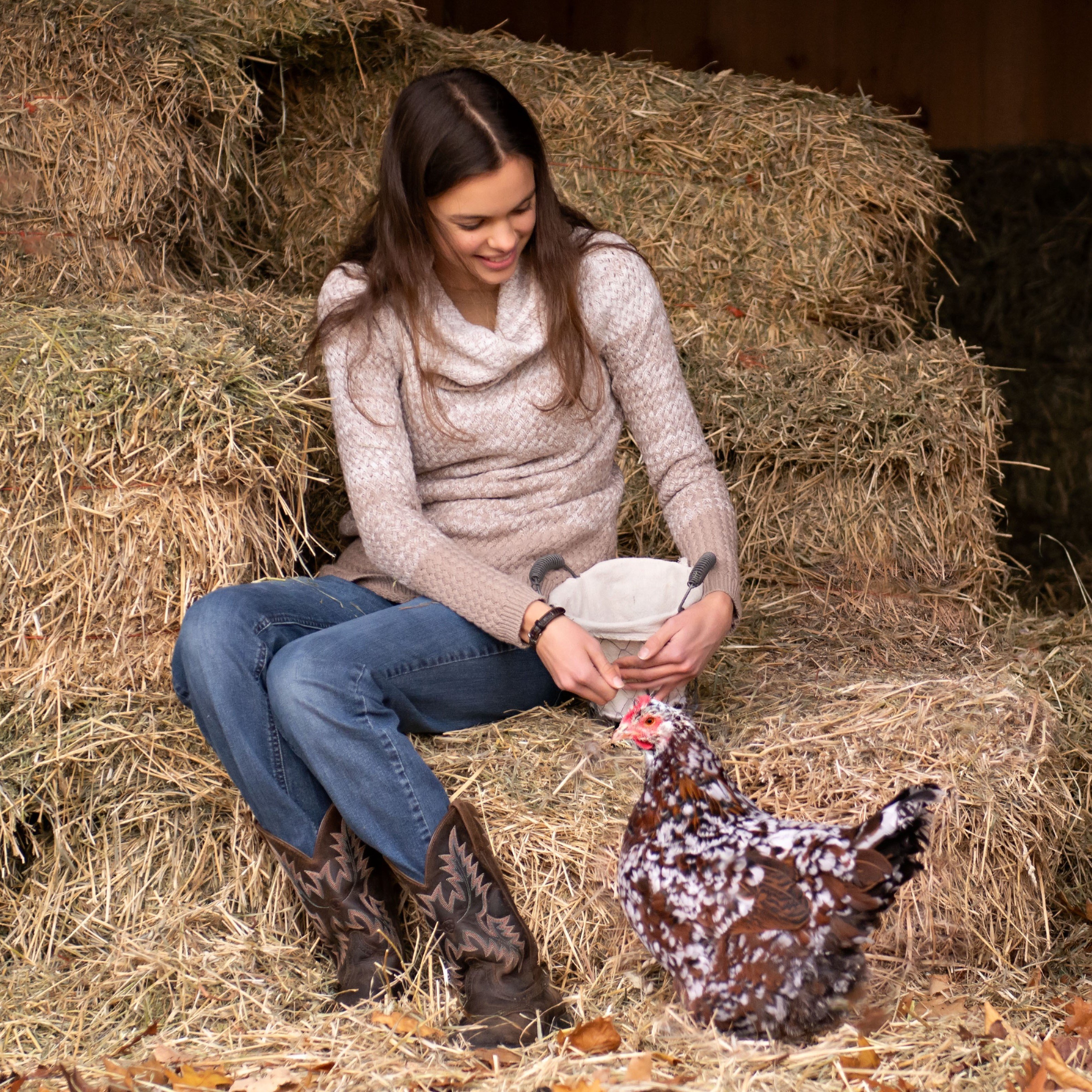 Hens Need Calcium - Here's How to Make Sure They Get Enough 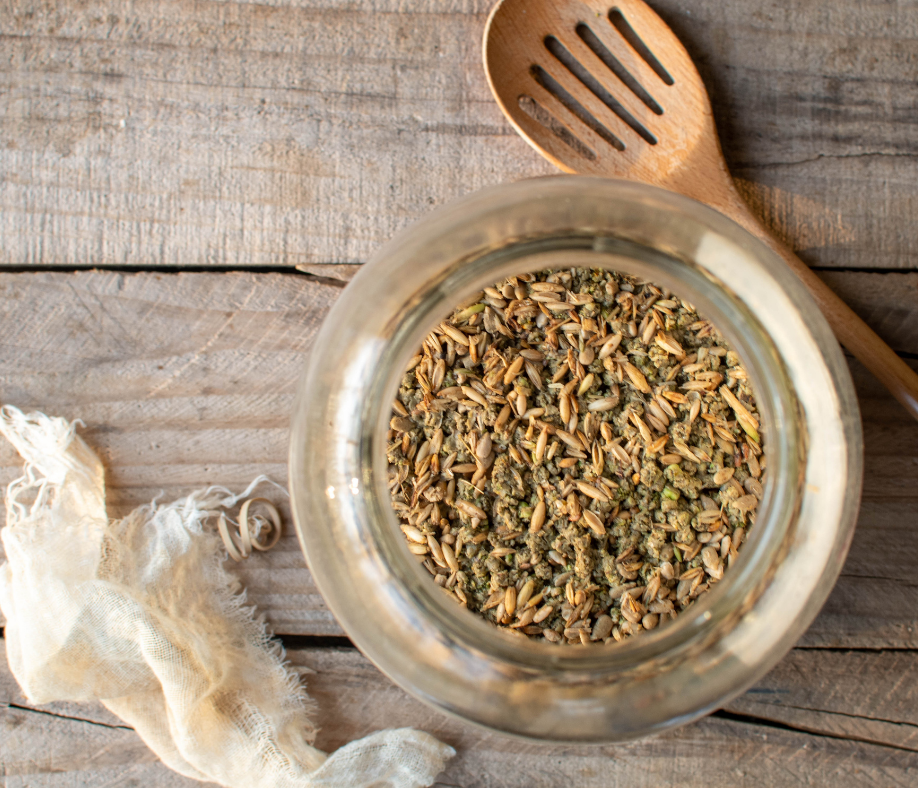 The Benefits of Fermenting Chicken Feed